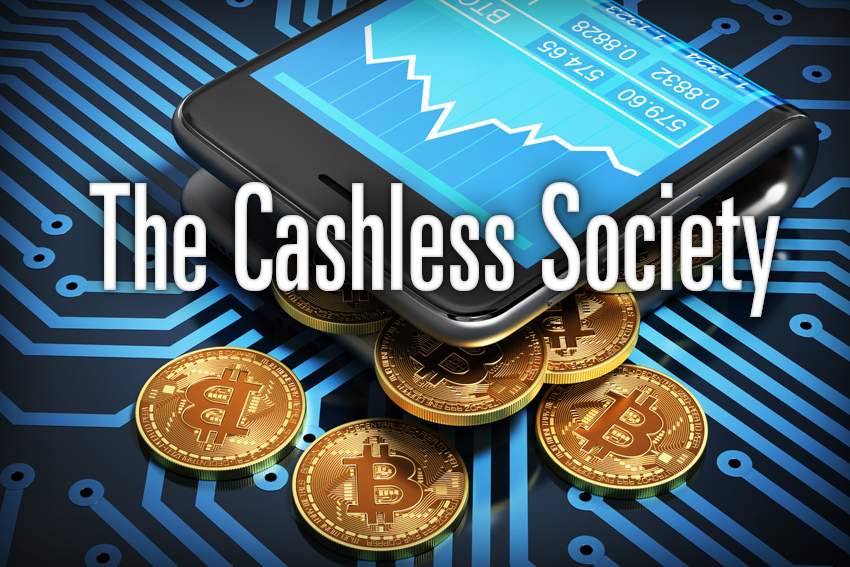 Yes.. I have MANY articles, statements and videos scattered all over the site that touch on the long expected "cashless society" that students of prophecy know is a must if Rome is ever going to be able to enforce her mark. So this page will take time to build. I presently have over 12,000 pages of data to sift through. I am doing this so as to educate those visiting the site that you cannot remove the ability to "buy and sell" from the people as prophecy says they will do if the people still have access to cash. You must make all transactions digital, or at least cash illegal without a digital counterpart so as to be able to control each and every transaction using globally networked supercomputers. The invention of the credit card sparked many sermons and tracts decades ago warning the people that this was the Vatican's long prophesied end result. Yes, many scoffed back then as expected. But has the scoffing stopped now that we have.. credit cards, debit cards, auto-pay, lcd cards, direct deposit, online banking, and cell phone banking? One can only hope!

Below are some videos, articles and additional information I have thus far dug up on the site that touch on the prophetic fact that a cashless society is an absolute reality. In fact, many nations have already changed laws so as to reflect their desire to remove all access to cash across the board.